We continue to represent, advise and defend our clients in these challenging times. 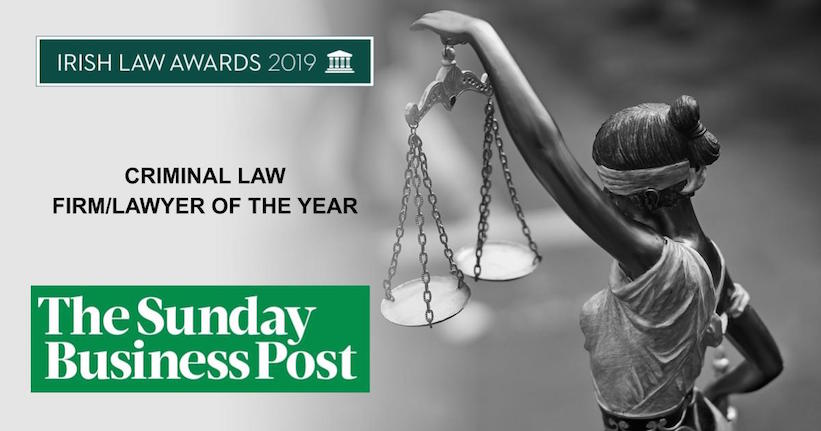 “our record speaks for itself”

“Injustice anywhere is a threat to justice everywhere”

Michael J. Staines & Company Solicitors was founded in 1985 and is celebrating its thirty fifth year as an internationally recognised Criminal Law firm based in central Dublin.

Michael J Staines & Company has represented public figures and individuals in some of the highest profile and complex cases in the Irish criminal courts.

For many people approached by investigators or regulators, their initial reaction is to cooperate fully and to respond entirely to the allegations made in the belief that this will achieve the best and fairest outcome. In our many years’ experience, this is unfortunately not always the best course of action.

If an allegation has been made either against you personally or in your professional or business capacity, early advice and a critical assessment of the situation by our experienced lawyers will determine the success or otherwise of your defence.

If you have been asked to attend a Garda station, to make a voluntary cautioned statement, have been arrested or an arrest is being threatened, the early advice which you take from our experienced team can dictate how well positioned you are to defend the allegation at a later stage if it proceeds to court. 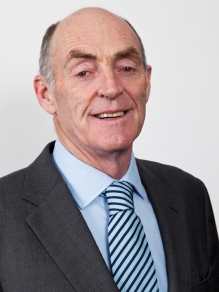 Michael Staines graduated from UCD with an Honours BCL in 1973 and an Honours Masters Degree in Law in 1975. In between he qualified as a solicitor in 1974.
He then studied European Integration at the University of Amsterdam and attained a postgraduate Diploma, having published his thesis on an aspect of Irish constitutional law and the EU Treaty.

He commenced work as a solicitor in a civil practice in 1976 and two years later joined a criminal law practice, later becoming partner. He set up the firm Michael J. Staines & Company in 1985. He has written many legal articles and has lectured extensively, particularly on criminal law. He has appeared as an advocate in all courts.

In September 2020, he was granted a Patent of Precedence to use the title of Senior Counsel.
[email protected] 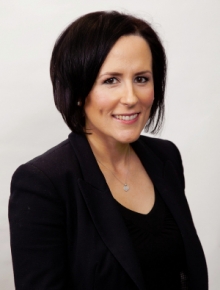 Aoife graduated from University College Cork with an Honours BCL Law & French and from the University of Edinburgh with a First Class Honours Masters in International Law.

Aoife previously worked in criminal prosecution in Scotland, in the Complex Case Unit and subsequently in the Financial Crime Unit in Crown Office, Edinburgh.

Aoife heads up the Private Client division of the office. She specialises in corporate, regulatory and health and safety litigation and the defence of 'white-collar' prosecutions. She represented the former Chairman and Chief Executive of Anglo Irish Bank, Sean FitzPatrick in the longest criminal trial in the history of the State and in which Mr. FitzPatrick was acquitted.

She was the first ever winner of "Young Lawyer of the Year" at the prestigious Irish Law Awards in 2015. She was among the founding members of the Irish Chapter of the Womens White Collar Defence Association. She is a member of the Criminal Law Committee of the Law Society of Ireland.
[email protected] 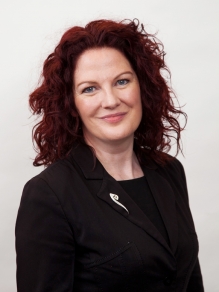 Anarine worked for a number of years as a solicitor in London specialising in criminal defence work before joining Michael J. Staines & Company in 2005.

Anarine manages the firm's extensive legal aid practice and is an experienced advocate. Highly regarded by both colleagues and clients, Anarine is dedicated to providing a professional service offering clear and concise advice.

Anarine’s areas of expertise include, but are not limited to, the following:

She also has a wide range of expertise in Garda Station representation and Extradition law.
[email protected] 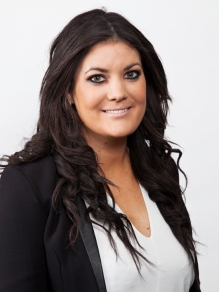 Ciara specialised in criminal law during her traineeship and joined Michael J. Staines & Company as a solicitor in 2015. She is Chairperson of the Criminal Law Committee of the Dublin Solicitors Bar Association.

Ciara works in the legal aid section and is primarily based in the District Court section where she appears as an advocate for clients in the District Courts every day. Ciara also has experience in areas including Circuit and Central Criminal Court trials, Garda Station detentions and advising clients in custody, High Court Bails, cases involving Criminal Assets Bureau, Judicial Reviews and Prison Law.
[email protected] 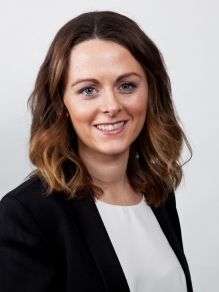 Niamh graduated from the University of Limerick with an honours degree in Law and Accounting. She previously worked in a large corporate and litigation firm, before moving to an Accountancy firm. She completed her apprenticeship in a criminal defence firm before joining Michael J. Staines and Company.

Niamh lectures in the Law Society of Ireland for the Professional Practice Course and is a speaker at events for the Irish Youth Justice Service. She has specialised training for lawyers dealing with vulnerable people.

Niamh has advised and represented senior management and employees involved in investigations carried out by regulatory bodies in Ireland. Within this jurisdiction she advises on offences wide-ranging and includes breaches under Health and Safety, Food Safety and Company Law.
[email protected] 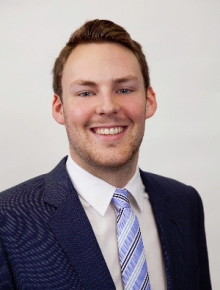 Luke Staines graduated from Trinity College Dublin with an Honours BA in History.

He has worked in Michael J. Staines & Company Solicitors since 2008 and commenced his traineeship in May 2015. He was entered on the Roll of Solicitors in 2017.

Luke comes from a long line of distinguished lawyers. His grandmother Eithne was the first female solicitor in County Donegal and his grand uncle Michael ran a very successful solicitors practice in Dublin for many years. His father Michael started our firm in 1985 and has built it into the most well respected and successful criminal law firm in Ireland. An experienced advocate, Rory Staines graduated from University College Dublin with an Honours BCL degree in Law in 2003, receiving the gold medal for Land Law and Succession. He went on to complete an Masters LLM in European Law in UCD in 2004.

He graduated from King’s Inns in 2005 and was called to the Bar that year. He practiced as a barrister until 2017 specialising in criminal defence work, appearing in the Circuit and Central Criminal Courts as well as the Court of Appeal. He also appeared regularly in High Court Bail, Judicial Review and European Arrest Warrant cases in the High Court.

Rory also has considerable lecturing experience, having taught in UCD, DCU and Griffith College. He was also a tutor in Criminal Procedure, Evidence and Criminal Law in King’s Inns from 2010 to 2017.
[email protected]

Mary is a Legal Executive of over thirty years experience working in criminal defence and is our Trials Manager. She has dealt with some of the most high profile and complex cases in the Irish Criminal Courts during that time.
[email protected] 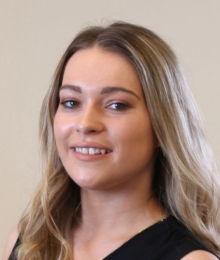 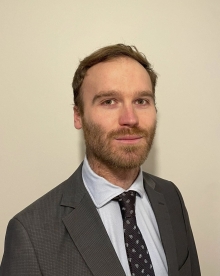 Conor graduated from Trinity College Dublin with a degree in law and German in 2012 and subsequently completed a master’s degree in law at the University of Cape Town, with a thesis on bail and remand detention.

Before qualifying as a solicitor, Conor worked for a number of years as a policy officer in the Embassy of Ireland, Berlin, covering EU and domestic issues including Justice & Home Affairs. Having previously worked in a busy criminal defence practice in Dublin, Conor trained with Arthur Cox, gaining wide-ranging experience in civil and commercial law.

Conor joined Michael J Staines & Co in January 2022 and appears as an advocate in the District Court and regularly advises clients in Garda station detentions. He is also responsible for trials before the superior courts and European Arrest Warrant cases. 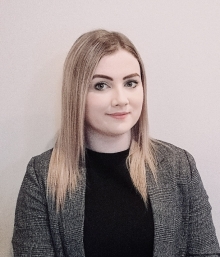 Aimee graduated from University College Cork in 2017 with an honour's degree in Law. During her degree, Aimee completed internships with FLAC in their headquarters and with a leading human rights and criminal defence firm.

Aimee joined Michael J. Staines & Company in April 2018. Aimee has worked predominately in our Trials Section, dealing with criminal trials and sentencing hearings in the Circuit and Central Criminal Court. She has also assisted on a number of Supreme Court Cases.

She also has vast experience in High Court Bails, Extradition matters and matters before the Criminal Court of Appeal.

Aimee is a Law School Ambassador for the Law Society for incoming trainees for the year 2022/23. 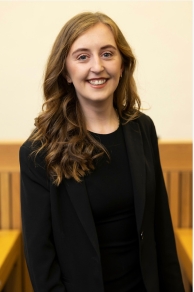 Ciara graduated with a BCL (International) degree from the National University of Galway in 2018. She also completed an LLM in International and Transnational Criminal Law at the University of Amsterdam in 2019.
Prior to commencing her traineeship, Ciara worked for the Prosecution Division of the International Criminal Court where she assisted in the preparation for confirmation hearing in The Prosecutor v. Muhammad Ali Abd-Al-Rahman.
Ciara is currently Chief EU Correspondent for JURIST, an online legal news service and serves as an Editorial Board Member for the Hibernian Law Journal.
Ciara was awarded best speaker in the national round of the Stetson International Environmental Moot Court, with her team placing third in the international competition.
Ciara was nominated for Student of the Year at the 2022 Irish Law Awards. 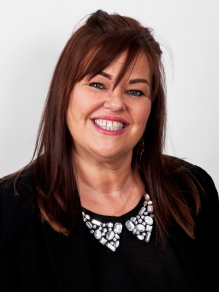 Natalie Crowe joined the office in 2008 and is the first point of contact for those coming to the office.
[email protected] 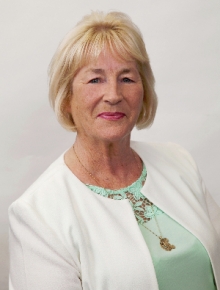 Kathleen Gillen has worked with Michael J Staines & Company for over twenty years and is a key member of the administration team.
[email protected]

We are always on the look out for exceptional talent to join our award winning team. 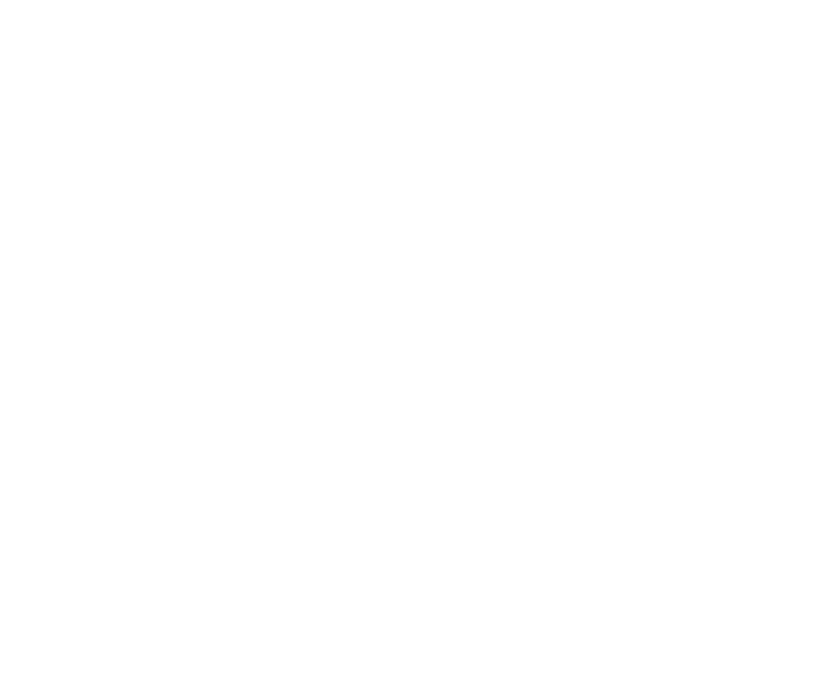 08 June 2022 - Is Catfishing a Crime? Catfishing is an increasingly more common phenomenon. It gained fame through the movie and MTV series of the same name and has recently hit the headlines in Ireland through the so-called ‘GAA catfish’ as discussed on the Two Johnnies Podcast.

09 March 2022 - Soft disclosures leading to a hard road Difficulties can arise when the rationale behind two separate An Garda Siochana programmes collide with each other.

28 February 2022 - Is this the end for Internet Trolls? New Bill set to create shockwaves online.